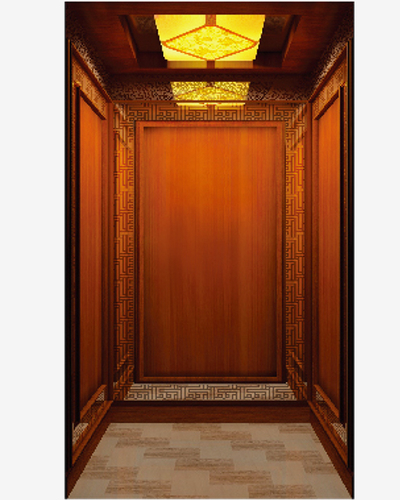 During the operation period of the home elevator, some tightening screws were loosened or loosened due to vibration, which caused some components, especially fitness sports components, to work abnormally, causing the home elevator to be destroyed. Because of the imbalance of the home elevator balance index, or the severe tremor or leveling precision of the car, the relatively serious load is very poor. The speed of the home elevator cannot be controlled, and even the top or bottom end, resulting in elevator speed limiter-safety The clamps moved and the home elevator stopped.
Elevators are large-scale comprehensive equipment that integrates electromechanics. In order to ensure their safety and reliability, elevators have set up preventive measures from many aspects, such as electrical safety equipment and mechanical safety equipment. The elevator itself has at least three protection measures:
First, there is a buffer under the elevator to avoid injury to people when the elevator falls strongly;
The second is equipped with safety gear, when the elevator wire rope breaks or the elevator falls out of control, it will clamp the elevator guide rails at both ends to make emergency braking;
The third is the speed limiter. When the elevator exceeds the planned extra speed of the elevator, it will be linked with the safety gear, and the safety switch of the speed limiter will be activated.
Each elevator equipment needs to be tested by the inspection department for its safety and performance to ensure the safe operation of the elevator.