Home / News / How should the elevator power consumption should be solved?

How should the elevator power consumption should be solved?

Elevator energy-saving equipment Suppliers remind you that in the city, the elevator is the most indispensable equipment in the high-rise building. As the elevator fault caused by major casualties, people have been highly concerned about the safety of elevators, and the safety problem of elevator needs to be resolved.
The intensive concerns also also cause more problems. In addition to the accident, people also found the true face of "high energy consumption" special equipment - the elevator consumption is large.
According to the investigation and research, it has been found that in the ordinary residential area, a daily power consumption of an elevator is between 30 degrees and 60 degrees. The elevator consumption in the hospital and high-level office buildings is higher, and the electricity consumption reaches 60 degrees to 80 degrees. The slogan of "energy-saving low carbon, green life" has not weakened today, so-called high-energy equipment, energy-saving problems can not be underestimated.
The elevator is composed of a passenger car, a balanced bridge and a traction system. The main power consumption of the elevator is distributed as an elevator traction machine consistent with approximately 60%, and the electric consumption of the temperature control system is 30%, and the internal lighting and electrical load of the elevator account for 10%. Among them, the elevator is in a light load, and the traction machine is inverted, and in the power generation state in the case of light load and braking. At this time, excess electrical energy is consumed by heat dissipation resistance, resulting in a waste of electricity, has a large impact on the temperature in the machine room. If there is no good ventilation measures, once the temperature exceeds 40 ° C, it will cause the electronic slate crash, contactor contacts, etc. (a elevator has more than a dozen contactors, a contact blown, will cause the elevator to appear Failed; 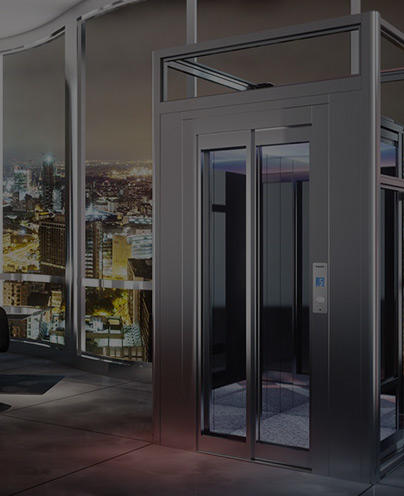 The elevator energy feedback device is an elevator dedicated energy-saving device based on energy feedback technique. Electrical energy feedback can be in parallel with the braking resistor, which can be operated instead of heat dissipation resistance. The power consumed electricity will be recovered, and the inverter changes this part of the electric energy to the same phase, the same pressure, the same frequency, and return to the grid for other electric supplies. In this way, it can not only cause the generated regeneration electricity to be filtered, and the standard electric energy feedback will be used for other electricity equipment. It can also reduce the maximum heat source of the elevator room, which greatly reduces the temperature of the machine room while reducing equipment room equipment. The failure rate, the normal operation of the elevator has enacted the escort. According to the calculation, this energy saving method can be 20% -50% for elevator energy saving, and energy conversion replacement can reach more than 97.5%.
After the elevator uses energy-saving technology, it can not only achieve electricity saving, reduce the expenditure of electricity, and improve the operational efficiency of the elevator, enhance the capacity, so that the elevator runs more comfortable, and improves the elevator operating environment by modification of heat dissipation resistance Reduce the operation of the mechanical room temperature control system, thereby greatly reduces the cost of operation of the elevator.

PREV：What role does the elevator emergency device do?
NEXT：Three Kinds of Passenger Lifts You May Be Interested In